If you take Peace as a state of ♪harmony☕ ♡ in which human beings tend to all see things the same way and whenever they don’t, it doesn’t matter because ♥ respect  ⛸ ⚘❀ rules, which means everyone cares more about preserving other people’s slightly diverging views than they care about their own views…

… then have humans ever fought for peace? Maybe they’ve just been fighting for war.  However lovely the name we call it by, maybe a state of blandness and deep abnegation is really not a desirable one. 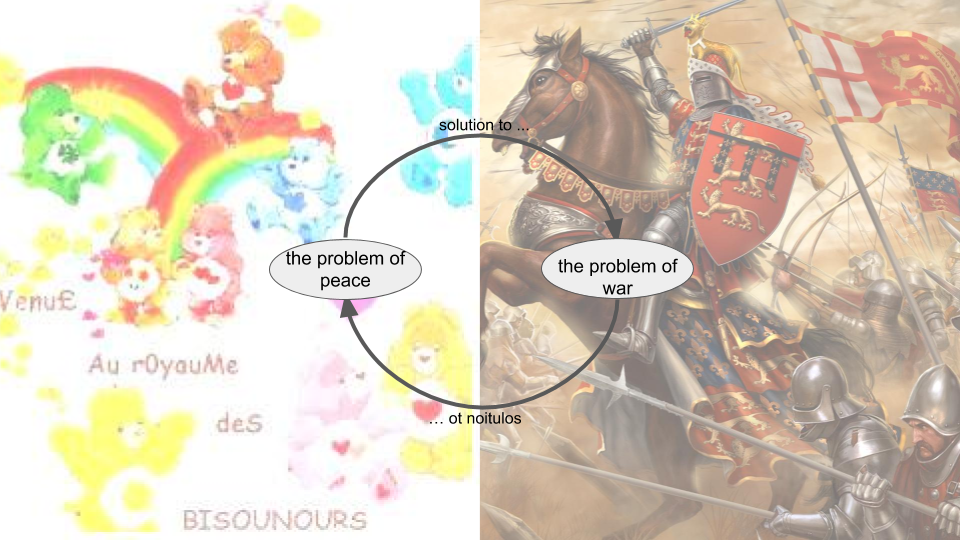 Incidentally, it’s worth mentioning that … 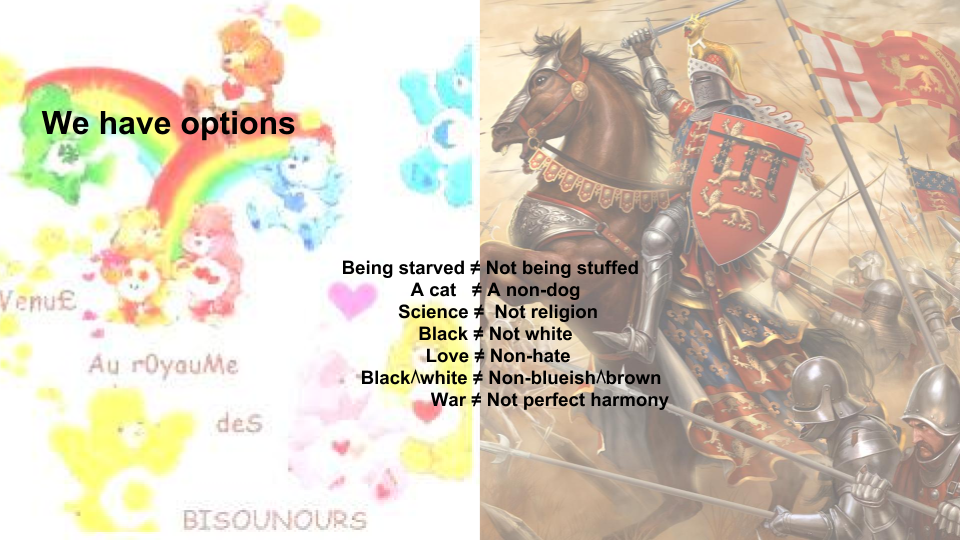 To avoid having war be the ideal solution to the problem of peace and vis versa, there are things we can do.

We can appreciate human appetites.

If we’ve learnt anything from war it’s that humans like to do things together.
And the fuss they constantly make about peace goes to show that they also are somewhat thirsty for consistency among their views.
Yet clearly, humans keep being invigorated by the distinctions they manage to make between themselves.

So how about finding something to do together?

something that uses our differences of perspectives, to make or minds momentarily meet…

It so happens to be that that thing too already exists since the dawn of human time. We call it “science“.