There is this train that left Saint-Etienne at 8am, bound for La Rochelle, running at an average speed of 170 km/h. There’s this teenager on the train, listening to Iggy Pop ballading through his headphones – or not – tossing a 2€ coin upwards with a 9.8 m/s² negative acceleration while walking towards the coffee bar at the rear end of the train and possibly crossing a pregnant woman on her way back to her seat trying not to spill the cup of coffee she’s carrying. There’s also this other train bound for Cherbourg coming from La Rochelle, running a little slower, and also a little late. It departed from La Rochelle at t=0 in an initial state of speedless rest. Outside of Paris, 3 cows are watching the trains go by. The weather is quite good, cherries will be ripe in a week if it goes on …
The question is: At what point of space and time are the trains supposed to cross?  (Note that there’s a slope mostly inclined downwards from Saint-Etienne to Paris).  And the cows?

I don’t. I only remember my confusion. And I think a decade or so of experience in scientific research hasn’t changed much to how I’d react to another one of those. 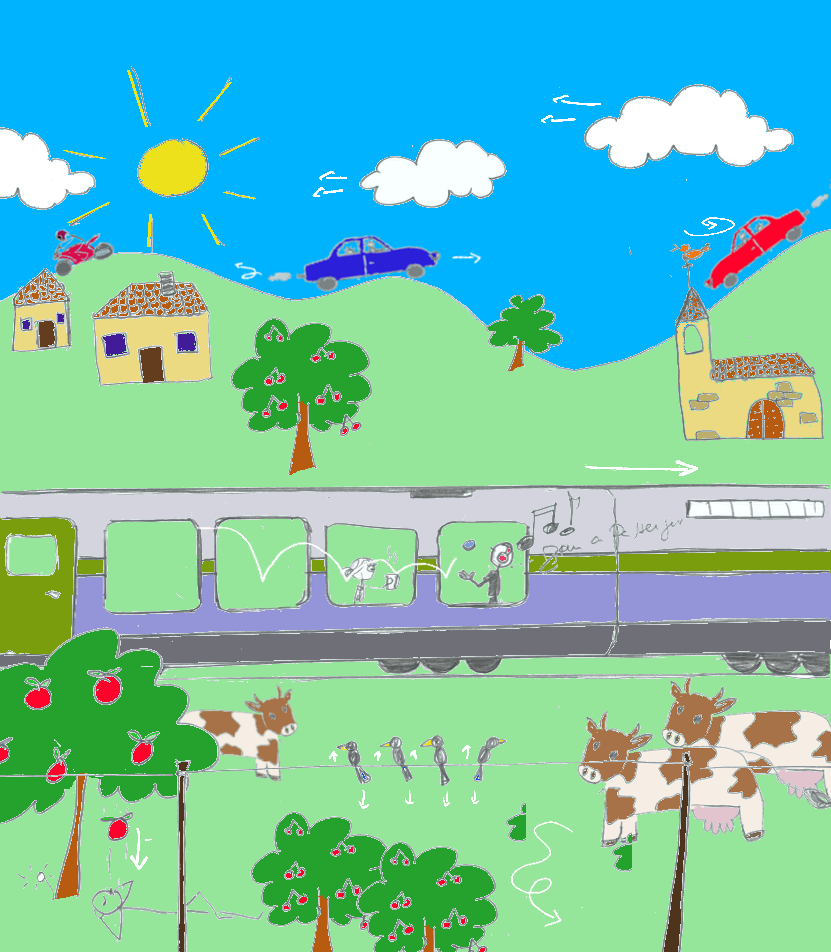 I claim that’s because I’m smart. It doesn’t come so naturally to me to be as narrow-minded as a high-school physics teacher (no special offense intended to high-school physics teachers that I haven’t known: I just need a general scapegoat for this post). I don’t just appreciate the world analytically and linearly. I appreciate it aesthetically. I get lots of inputs from it. And lots of senses in me react to them. 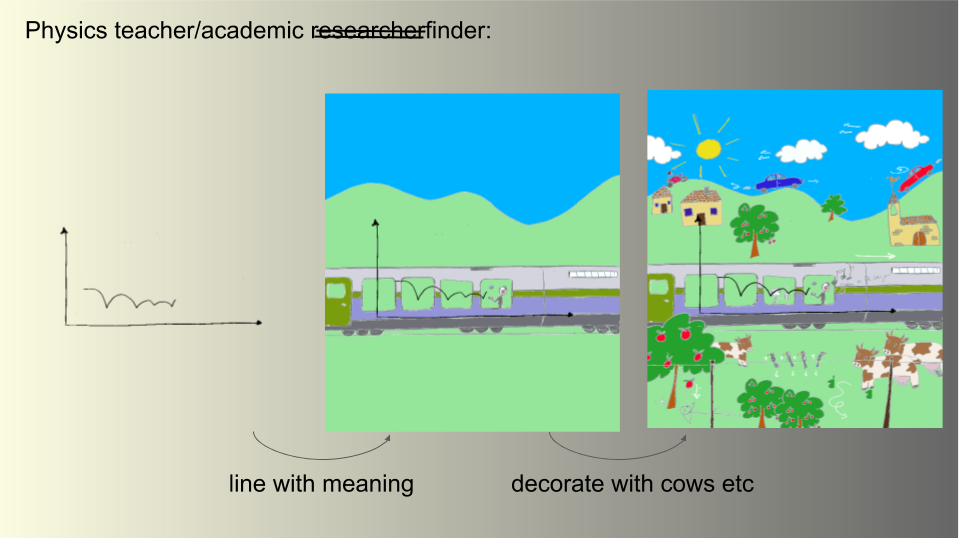 It’s easy for the high school physics teacher. He already knows the answer. It’s “in the light”, right where he is. He’s just obscuring it on purpose to confuse generations of high school students like me. When you’re doing the exercise the other way around, or when you’re researching for that matter  (as opposed to finding, or confirming, or tweaking a pre-existing model), things are much more tricky because you don’t yet have a model in mind narrowing down what you see of the world so that you can see it much clearer. Precisely you’re building the filter. 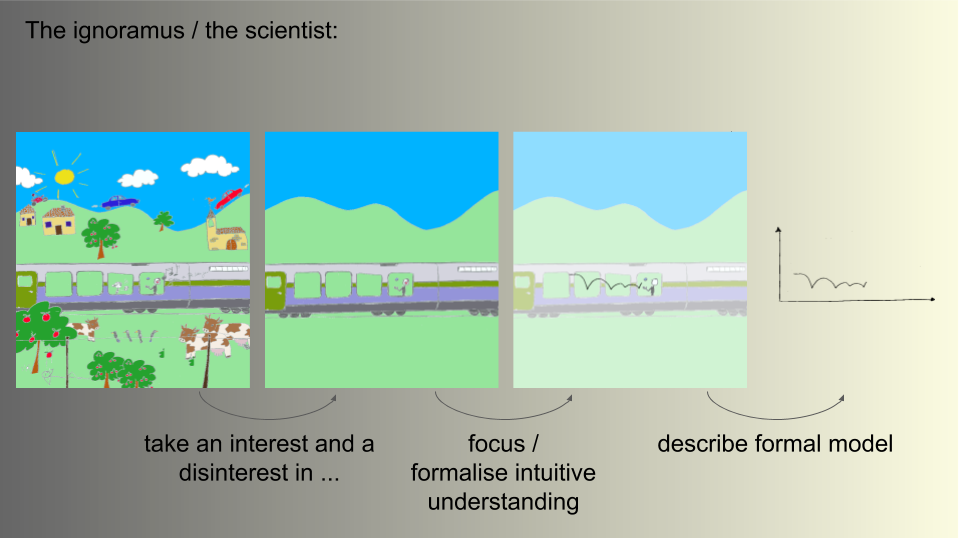 In the 17th century, physicists had taken a special interest in the notion of change and were proposing filters to shed light on it and tame it. Newton had a gut feeling that change was the expression of momentum. Leibniz had a gut feeling that it was the expression of something more like energy. The thing with gut feelings, intuitions, and more generally understanding is that like hunger, they are neither wrong nor right. It’s only once they’ve been translated into a particular formalism that wrong or right things can come out of them. And formalisms can be more or less efficient at doing justice to gut feelings. Newton’s formalism did great justice to his gut feeling. He won the controversy despite Leibniz not being any wronger than he was.

That’s an old story some might say. I’ve heard from several of my fellow researchers that all the big scientific discoveries have been made. Most of the world today is illuminated by scientific knowledge. I think that’s a very enlightened thing to say. Very high-school physics teacher-like. This inability to expect great scientific advances of the likes of Newton’s laws of dynamics, or to acknowledge the greatness of the advances that are being made is symptomatic of overexposure. You can’t see the shades anymore. You’re blind to the darkness under and in between enlightened knowledge.

Gladly, as long as there are living  idiots and scientists, we’re ok. Solitary experiences of darkness will be made. And the ineludible human instinct to communicate personal experiences will shed an honest light on something new it needs to pull out of the darkness. As long as high school science doesn’t come naturally to everyone, scientific filters won’t just be bigotly applied, they will also keep being built and renewed.

I’m very grateful to François Taddei for having recently pointed out to me the existence of this beautiful text by Jacques Monod: Science de jour, science de nuit, 1987.