Skip to content
Some years ago – in a document that I sent to the CNRS to make sure they wouldn’t hire me if they couldn’t ensure what I considered to be decent conditions to practice my job as a researcher – I wrote that I needed a research environment that allows me to admire my colleagues, rather than pressures me into comparing my every move to theirs. And I explained what I meant by admiration: something devoid of comparison, very close to plain recognition and stimulating inspiration.
Last Thursday, I talked to a funding and proposal writing advisor from the Freie Universität Berlin. I wanted some help to navigate the jungle of third party academic funding possibilities that I should look into for support of a research project that I have. The advisor made it clear for me that in Germany, I can’t expect funding for a research project per se. Funding is for academics: to help them get other funding, to help them build a junior group, to help them on their way to professorship, to help them start or enhance an academic career. This isn’t exactly news to me. But it still feels very strange to have confirmation that my job is officially extinct. The world – at least the world as it is seen from within the very seriously administered German academia – the world does not want researchers anymore. It wants academics, aging in academia.
I think the FUB advisor actually appreciated the sad absurdity of the situation. Here was a researcher asking for a list of places she might  find support for a research project – not even support for herself, support for research that she so strongly believes in that she’s actually willing to stake her whole academic career for it. And here was this advisor, who used to be a researcher herself until she got acquainted with how academic research really works today, here she was having to tell the researcher that there are no places. All regular academic funding possibilities require that the applicant show interest in building their academic career first. 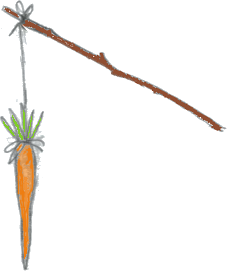 I won’t do that. I’m not in it for a career. The research I’ve done has developed a certain understanding and know-how in me that I am convinced can be of incomparably greater service to humanity than the next line I will manage to collect for my CV. I’m not burned out enough to be ready to through that away yet. I’ve been ready to through away my academic career ever since its flying start though.
Today I write that what I need of a research environment is that it allows for research to come out of kindness. Nothing fancy.

I was once hinted at  by a colleague professor that I must be a bad mathematician/theoretical computer scientist if I woke up in the morning to serve the world or society through my research. Everyone knows the good theoretical computer scientists are the ones who forget to get off at the right stop from being so absorbed in their mental masturbation (you’re welcome to ask the internet or any of my past collaborators if they think I’m a good theoretical computer scientist or not). Recently I’ve been attending a number of academic events, some quite prestigious, all about defending science, either against the non-academic barbarians – aka the simple-minded folks out there – or against the reckless academics in there. I used to disagree a lot with bioinformaticians on the meaning of simultaneity in the discrete mathematical model of Boolean Automata Networks. This year I’ve been disagreeing a lot with all sorts of academics with what it means to “stand up for science”. At an Open Science meetup, a PhD student was very eager to have me know how stupid it is of me to say I’m doing research mainly because I think my research can result in more happiness for humanity. I’ve been told that what ‘people’ need is for us academics to tell them what is good for them (eg not sugar, sugar makes ‘people’ happy). Someone has also tried to convince me there are laws in the universe establishing that there is nothing worthwhile research-wise that can come out of a layperson. Laypeople don’t get it. My law of the universe now states that the people I’ve been disagreeing with in 2018 are divided in two categories: people who haven’t yet figured out what science really is and people who haven’t figured out what people really are. In any case, yes I do wake up in the morning because I’m convinced I can make people happier through my very theoretical research on “Causality, time and abstraction in networks”. And no, I won’t give up on laypeople. Until now, the ones I have been blessed to worked with have been challenging my research and the thinking behind it to extents that the bioinformaticians and the theoretical theorists have never come close to.

Half of my upbringing, my elitist training as a researcher and my experience as an academic has done a lot towards making me intolerant to silliness. I have a very unkind job and it’s killing me. It would be ok if the other half of me – the half that is taking conscious decisions such as sending documents to the CNRS to impose my own conditions based on what I believe in as a human being – was given space to exist socially. But the sad truth is that academia is adamant on remaining academic. It will not suffer anything else, not even science if science requires of it to take chances on something not yet academic, not yet in the academic visual field. Academia is not the institution that takes risks. It’s the institution that demands guarantees. Over the last decade, while my trade was becoming extinct, academia has been unequipping itself from the scientific means to take risks and building artilleries of administrative processes specialised in the business of dealing with guarantees. Researchers are not asked to be kind. They are asked to be cautious, and competitively so. No caring for the world is necessary to be an academic researcher. If anything, on the contrary you’re chances at being successful in academia are higher if you’re an arrogant defensive prick with a contemptful way of not watching TV and an adolescent way of playing video games. The sad truth is we academics evolve in an environment that turns people into machines for detecting weakness of intellect, faulty and/or incomplete reasoning, analytical-underspeed, …
This year, I’ve also met a lorryload of people (all women actually, the men are still busy keeping their books together I suppose ) that have similar stories of taking the sad but resolute decision of quitting academic research out of  exasperation for the academic ponzi scheme and the absurdly excessive competition.
Today I’m having a sad day. I’m a little shaken by academia’s unapologetic recognition of  the extinction of my profession.  It was a beautiful profession. In the past, I’ve played a number of times the game “Give-me-the-right-conditions-for-me-to-carry-out-my-research-or-else-do-without-me” (and it has actually mostly worked very well for me considering). But today I’m tired. Academia has become a very noisy place. We can’t hear each other think in it anymore, let alone hear ourselves think. It doesn’t make sense to call out for something I believe the importance of in science like admiration or kindness or the practice of science itself. I don’t expect to make any perceivable noise in academia with a call for kind research. But I can still say that I don’t believe in evangelising the academically endorsed group thinking some like to call ‘rationality’. And more importantly that as a theoretical computer scientist, as a scientist,  I rather believe in practicing science out of kindness to get us – different sorts of humans that will hopefully remain different – to share, experience and shape the world together.

I like the idea of science being made by living people of the world for living people and the world. This is different from making science “because otherwise what?? we don’t make science?!“,  and from making it out of fear of being  invaded by dummies.

END_OF_DOCUMENT_TOKEN_TO_BE_REPLACED

[This is a draft]

Imagine that you are Tycho Brahe in the 16th century.  This is not true but let’s say you’ve invented this really cool machine called the telescope that allows you to observe the stars. END_OF_DOCUMENT_TOKEN_TO_BE_REPLACED

There is this train that left Saint-Etienne at 8am, bound for La Rochelle, running at an average speed of 170 km/h. There’s this teenager on the train, listening to Iggy Pop ballading through his headphones – or not – tossing a 2€ coin upwards with a 9.8 m/s² negative acceleration while walking towards the coffee bar at the rear end of the train and possibly crossing a pregnant woman on her way back to her seat trying not to spill the cup of coffee she’s carrying. There’s also this other train bound for Cherbourg coming from La Rochelle, running a little slower, and also a little late. It departed from La Rochelle at t=0 in an initial state of speedless rest. Outside of Paris, 3 cows are watching the trains go by. The weather is quite good, cherries will be ripe in a week if it goes on …
The question is: At what point of space and time are the trains supposed to cross?  (Note that there’s a slope mostly inclined downwards from Saint-Etienne to Paris).  And the cows?

I don’t. I only remember my confusion. And I think a decade or so of experience in scientific research hasn’t changed much to how I’d react to another one of those.

END_OF_DOCUMENT_TOKEN_TO_BE_REPLACED

[This post is a part of my intervention at the workshop “Understanding AI and us”, masterfully designed by Christian Djeffal, Stefan Ullrich, Joanna Bryson and Janina Loh, and hosted by the HIIG in June 2018]

In an world eagerly waiting for results, and expecting them, it is more rewarding for an academic scientist researcher to keep to the light: to draw new questions and new answers by combining the answers and prolonging the questions that science already has, to produce information in the light of the scientific knowledge that’s already enlightening our (academic) (scientific) appreciation of the world.

If science is the sport of renewing our shared understanding of the world so that we humans can adapt the way we presently interact with it together, then this suggests academic scientific research might be hung-up on its own sort of drunkard’s search.

If so where do we find the darkness in science? and what’s in it?

END_OF_DOCUMENT_TOKEN_TO_BE_REPLACED

Let’s keep the word “peace” to denote a desirable target alternative to war. The previous post was a preparation to the following claim:

Science is the best way to practice peace.

END_OF_DOCUMENT_TOKEN_TO_BE_REPLACED

Math and more generally formal scientific terminologies, are to informal (preconceived) interpretations what walls are to tags in Berlin. END_OF_DOCUMENT_TOKEN_TO_BE_REPLACED

Science is not in papers. 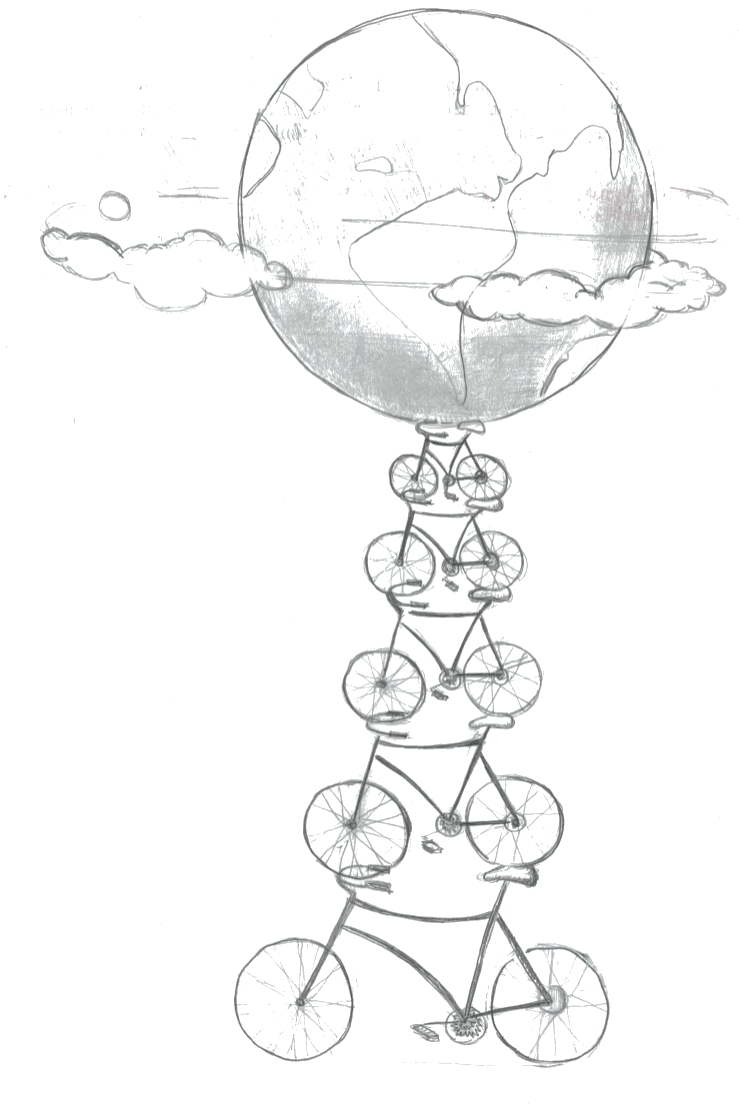 Science is not sophisticated.
Science runs on magic.
…