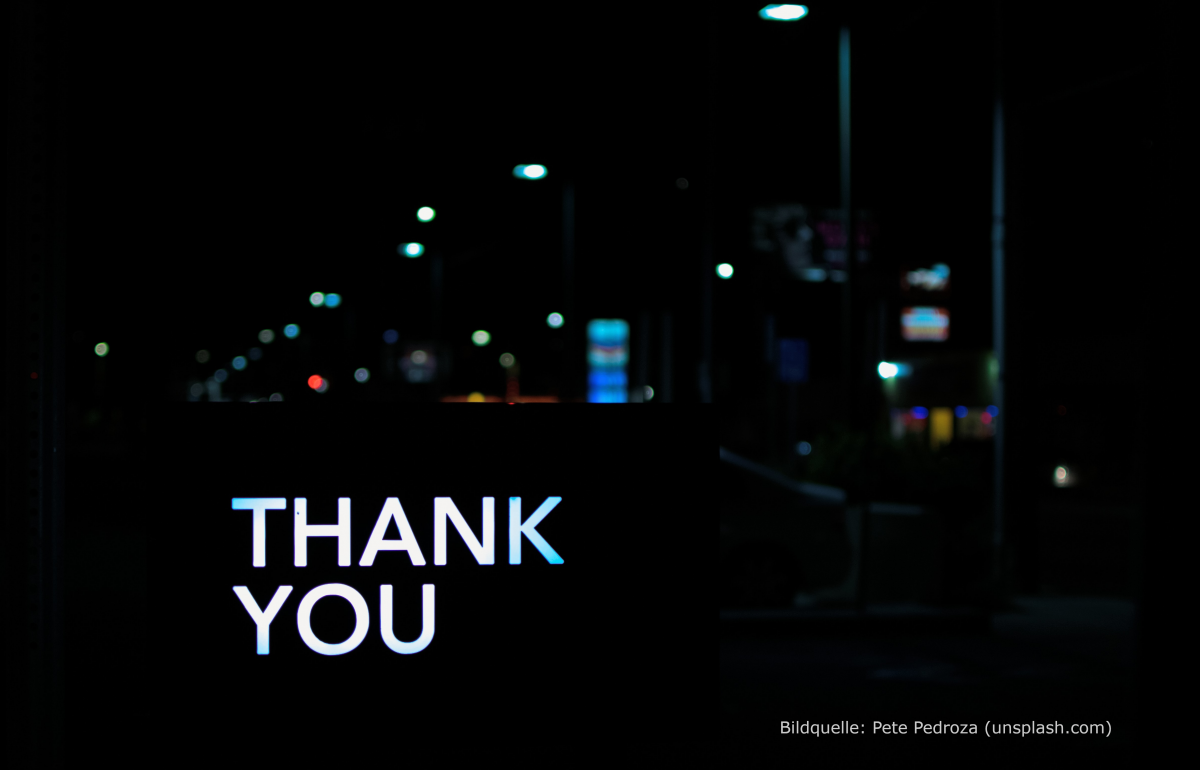 How does this look like in practice? After discussing the weekly readings, towards the end of the seminar, we take about 10 minutes for us as class to collectively articulate what we liked about the text, what we most benefited from and what most surprised us. As the students voice their feedback, I take note of their comments and afterwards draft it up into an email, which we then send to the authors, signed-off collectively as class. In these emails, we also let the recipients know how their readings helped us to answer our respective seminar questions, as well as what others readings we engaged with alongside their work.

In my experience so far, these emails are overwhelmingly well received, both by the authors but also by the students who partake in writing them. Responses from authors highlight that reading our feedback ‘made their day, even their month’, and that our practice is generous, helpful and much appreciated. Many have in return articulated wonderfully encouraging comments directed to the students, and thereby accepted our invitation to practice kindness amongst ourselves. For instance, Cynthia Enloe, in her usual yet remarkable kindness, observed that ‘it’s wonderful to think that we all are stretching our feminist curiosities together!’ – and encouraged students ‘to keep doing research that will stretch me.’

The students similarly appreciate this practice, and the opportunity it offers them to directly enter into conversation with the authors they read in class. It is my hope that it demonstrates to them that they as students are not just passive recipients of knowledge, but instead have much to offer and say about the theories, cases and examples they discuss in class, and are constant co-producers of knowledge. In that way, I would like to believe that this approach also extends kindness towards them. In course evaluation, students always praised this exercise as positive, encouraging and empowering.

Particularly interesting to me were the slightly different experiences in the two seminars where we did this so far. In the Gender and Security module, we overwhelmingly read feminist IR scholars, and received responses to our emails from virtually all authors but one. In the War and Peace module, however, we also engaged with some of the more ‘mainstream’ political science literature on armed conflict, often authored by elder, white men at prestige institutions. From these authors, we did not receive any response. In that class, the authors who entered into a dialogue with us were female and people of colour authors, and in particular, again, feminist IR and peace researchers. Make of that what you will, but for me this speaks volumes about differing practices and standards in the discipline.

‘Kindness is punk as f*ck’

Overall, however, this approach helped me to introduce kindness in the classroom, extended both to the authors and to the students. In his new poem How to be alone, Northern Irish poet Pádraig Ó Tuama expresses that ‘kindness, needs no reason’. And yet, in a context of academia’s competiveness and precariousness, kindness may be particularly important. As author Daniel Abraham has put it, ‘in an age of performative cruelty’ – which academia certainly is – ‘kindness is punk as f*ck.’ With this exercise of generosity, we aim to be punk as f*ck.

Philipp Schulz is a Post-Doctoral Researcher at the Institute for Intercultural and International Studies (InIIS) at the University of Bremen. His research focuses on the gender dynamics of armed conflicts, with a particular focus on masculinities and wartime sexual violence.
E-mail: pschulz@uni-bremen.de
Twitter: @philipp_schulz1

13.01.22 Internationalization and Excellence: The Selectivity of Inclusion (ENG/DE)